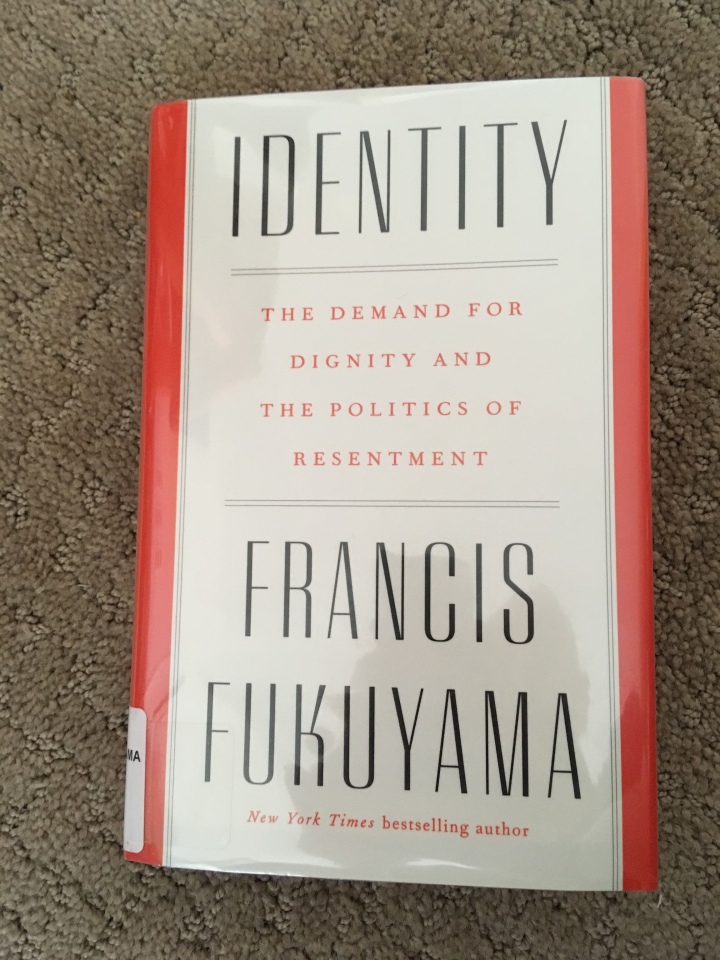 I have grown to have some respect for Fukuyama over the years. While I  never read the book upon which his popular reputation was built, I did read the essay it was built on and his ‘End of History’ thesis is better than its caricature and well worth reading.

And he seems to be properly appalled by how he has found himself lumped in with the neoliberal movement, particular the xenophobic, alt-right academia wing personified by Samuel Huntington (though he also inserts a somewhat jarring and brief defend of Huntington towards the end, where he also manages to y’all about the ‘Protestant work ethic’ without ever mentioning Weber, which strikes me as almost impressively sloppy).

But he undermines every good point he makes with some too timely concern trolling of the contemporary left. He begins by writing a fascinating book with a potentially long shelf life, but then turns a glitter gun on it, only it’s not glitter, it’s the aforementioned concern trolling (which, one suspects, will seem passé if not meaningless in a few years, in its specifics) and short chapters for the short of attention span.