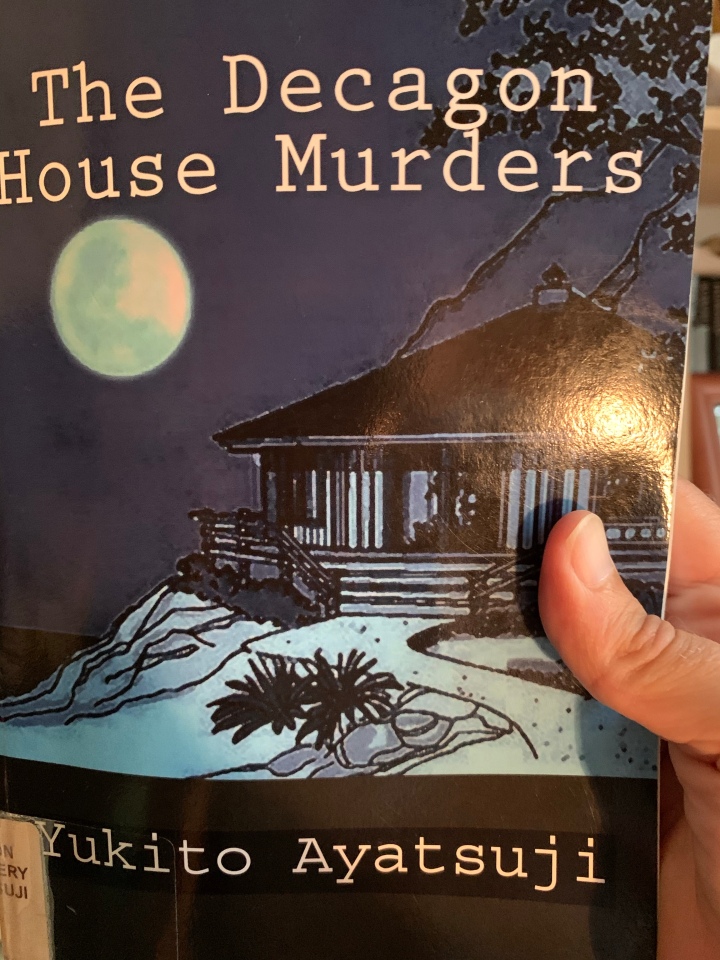 This book ran in two tracks: on the mainland, where some amateur detectives get an idea of a potential mystery; and one an island (with the titular house) where you sort of know that everyone is going to die. While a neat idea, it also didn’t quite work for me. The island scenes were overly dramatic, but in retrospect, only existed to give us the clues we would need, as readers.

Now, I will freely admit that I didn’t figure out the mystery until the author revealed it. And even though I was disappointed, I won’t be afraid to try another Japanese mystery novel.