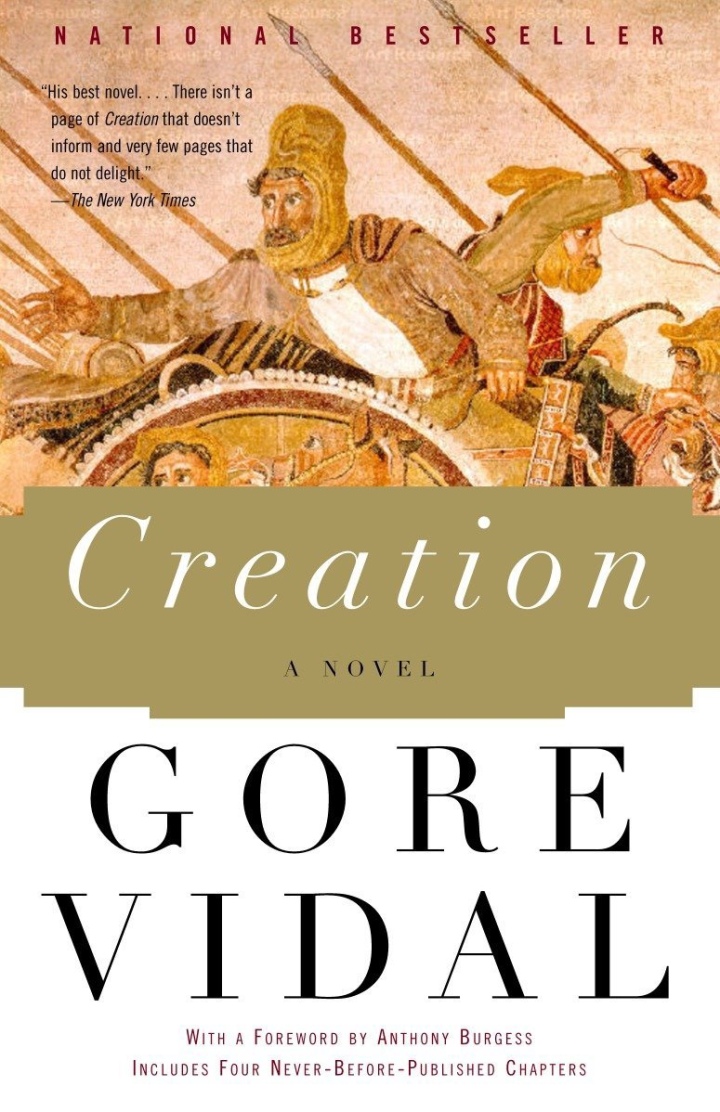 The tale of Cyrus Spitama, grandson of Zoraoster (yes, that one) and uncle (or great uncle, more likely) of Democritus (yes, that one), who also knew the Persian emperors, Darius and Xerxes, and met the Buddha and Confucius.

Vidal knows that the chronology is not exactly right, I assume, but merely wanted to be able to use his character as thread to address power, family expectations, religion, politics, and, yes, creation.

I picked this particular book because I so enjoyed Julian, but Creation lacks the same quantity and quality sort of wickedly fun, learned name dropping that made that earlier book about the ancient world (albeit, late ancient) such a blast.

I suspect Vidal also thought that Creation was more philosophical than it was.

However, I am glad I read the long version. I gather that when it was originally published, the editor took out a couple hundred pages, thinking it too long. I don’t know which parts were cut, but I can’t imagine losing so much of it.