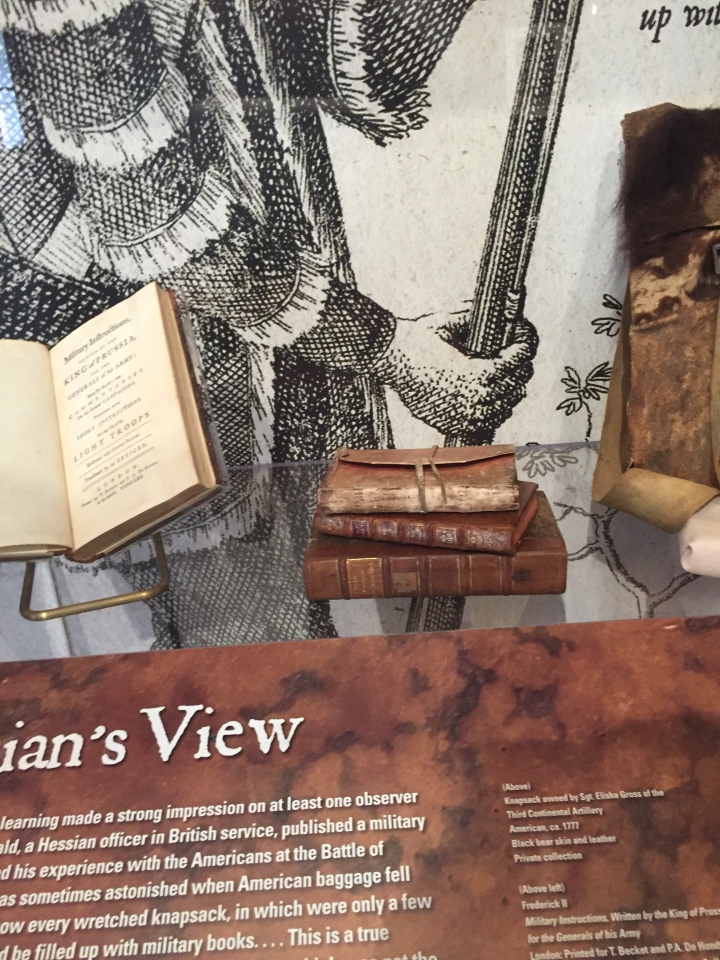 That was the title and subject of an exhibition (now closed – I caught it on its penultimate day) at the Society of the Cincinnati, housed in the Anderson House, near Dupont Circle. The Society focuses on Revolutionary War history (Cincinnati comes from the Roman general, Cincinnatus, who you can look up on your own, but which connects to George Washington both resigning his commission and also only serving two terms). The books in question are the books used by Continental Army soldiers and officers during the war against Britain – mostly, as you might expect, books on military strategy and exercises and on medical/surgical techniques.

I am a sucker for exhibitions about books. I love looking at old books.

I will admit, it was a struggle to really linger over the volumes because my little one, unsurprisingly, is less enthralled by such exhibits than her father. I didn’t even try to complete a tour of the house later. But I hope to go back some day and see it all (the next exhibit is on Alexander Hamilton who is, of course, having a bit of a moment). 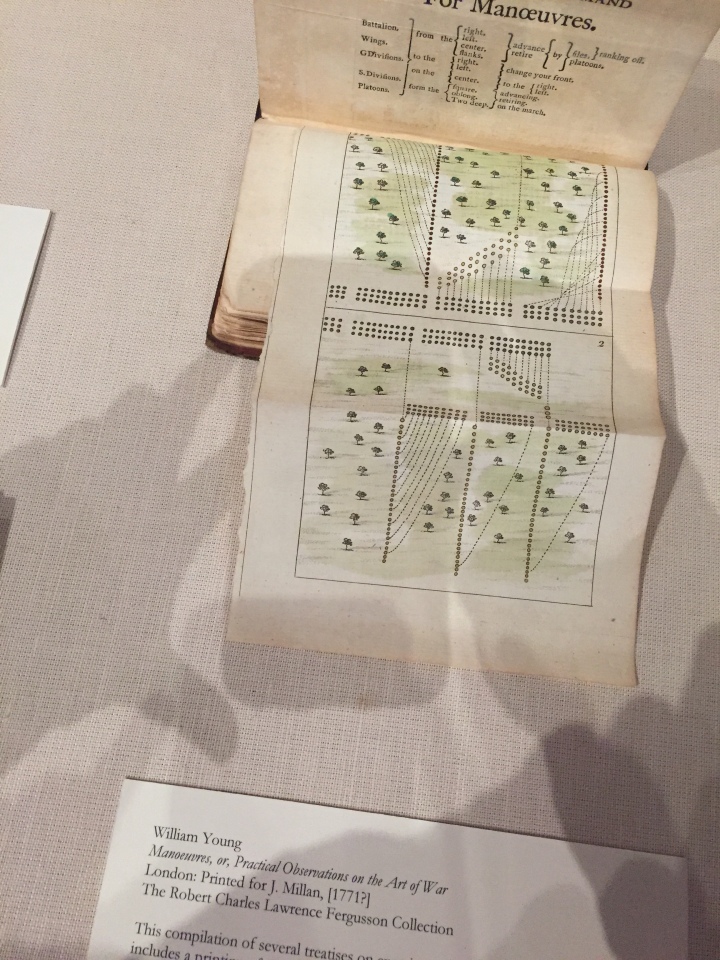 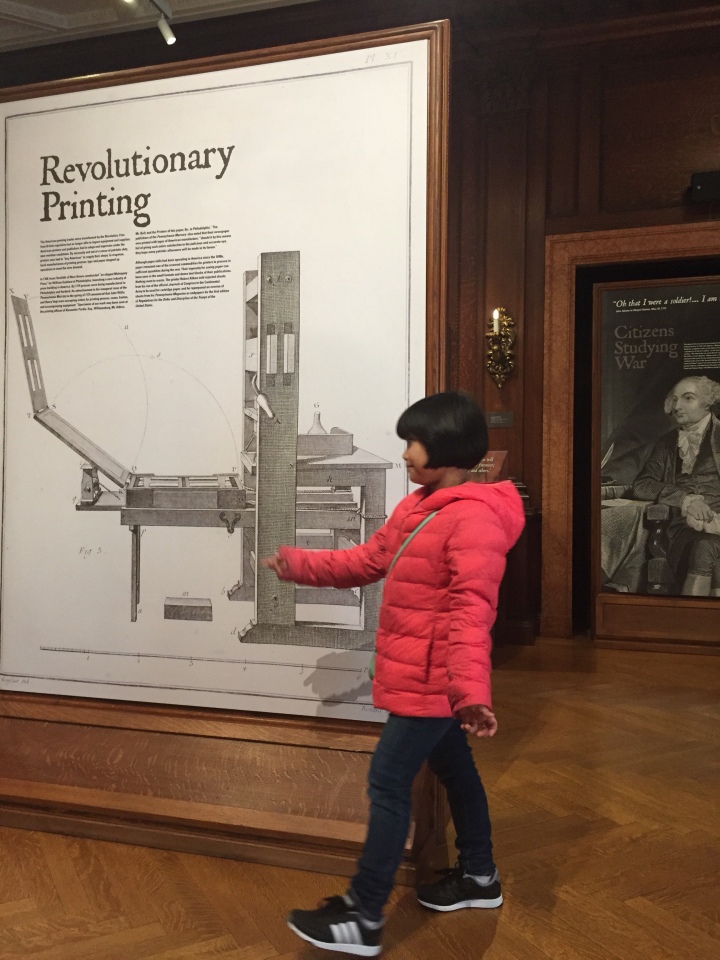 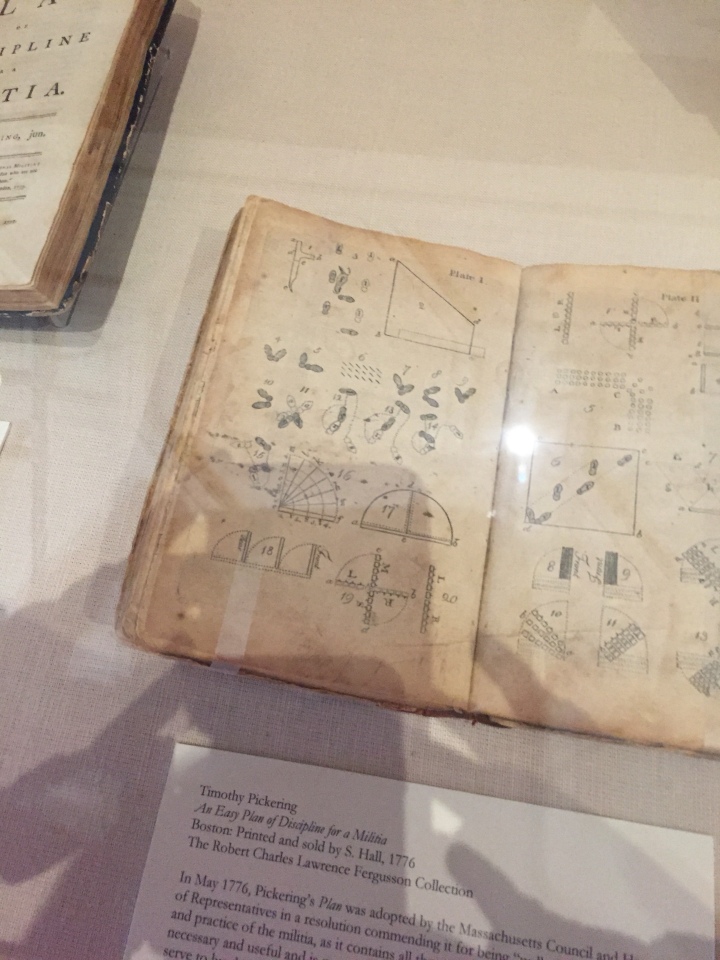 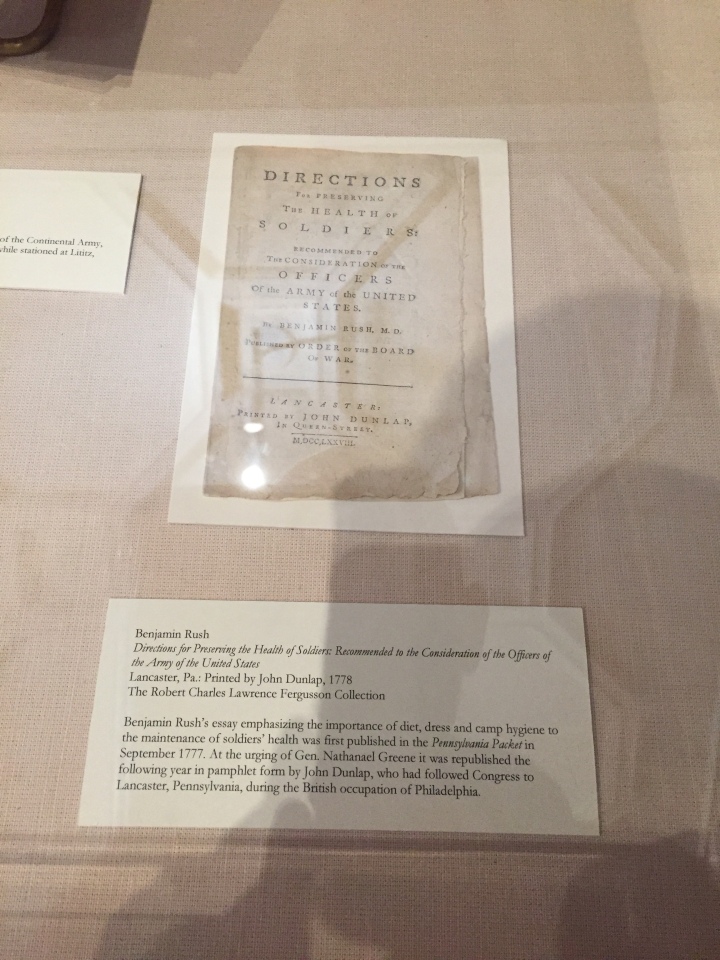