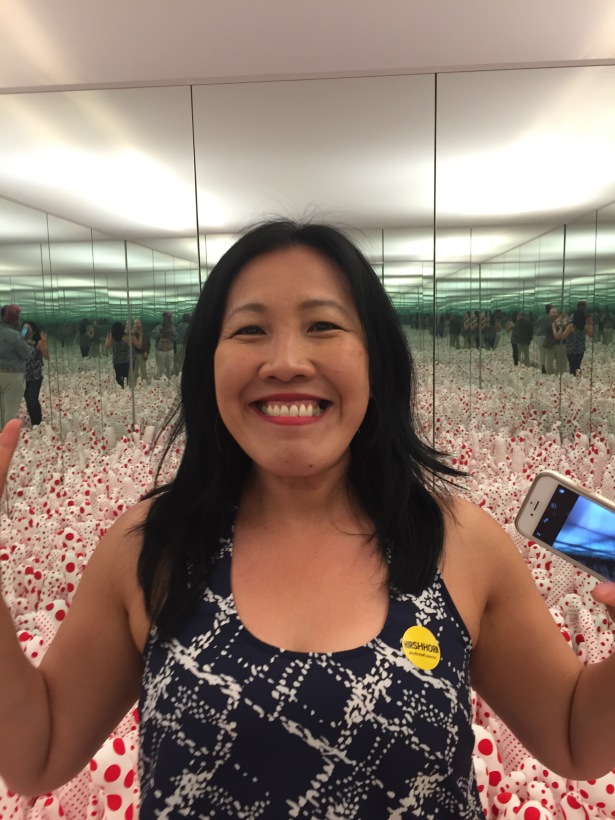 There were five rooms (or five self-contained installations, if you prefer) and we only got to visit three before being escorted out (the museum was closing; we weren’t misbehaving, though there was some temptation, on account of our understandable frustration at the long lines preventing us from seeing them all).

The documentation around it, filling up the spaces, was filled with absences. There was the tiny, pink haired octagenarian that Kosuma is now and the provacatrix of 1960s ‘happenings’ and various forms of installation and performance art, but nothing in between those two periods.

While almost certainly not the curators’ intentions, it makes a bit of conceptual sense. Rather than infinity, I saw smallness and absence. Mirrors hiding cramped spaces. It was a joyful exhibit, no doubt – don’t get me wrong. But I didn’t see infinity.