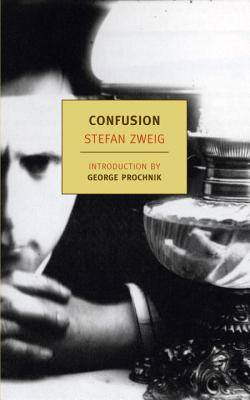 It is the story of how a lazy lothario goes to a small, provincial university in Germany to study English literature – though only after his father visits him in Berlin during his first year at university and interrupts him en flagrante delicto with young shopgirl.

All those folks who loved Donna Tartt’s The Secret History should be reading this book. It’s much better and also captures that strange spirit of being young and caught up in the glow of your elders or perceived intellectual betters and the secret language and social ties that arise out of the intensity of the environment.

The narrator, who is recounting this tale, decades later, from the vantage point of being an esteemed and aging scholar, able to remember (and mourn?) his school days. And like all such tales, it is also a loss of innocence.

And the secret? The professor is gay. The wife knows and he sneaks off the big cities for sexual encounters that shame him. And he loves his student. At the end, their last moment, he kisses him on the mouth. The narrator goes to become an esteemed scholar in English literature. More esteemed than his mentor, held back by his secret and shame, ever became. And everything is clear. The attitudes of other students and professors, who saw clearly what he did not and assumed that the student was already enmeshed in a sexual relationship with the professor.

The whole thing is sad and sparse and beautiful.