No one wants to read your crappy novel.

Is The Metamorphosis a Marxian allegory? (I don’t really think so, but this article does make some interesting points).

Typewriters are making a comeback!

Metropolitan opens rather like a cyberpunk novel and maintains that veneer, but really, it’s a fantasy novel in disguise. ‘Magic’ is named ‘plasm’ and is generated by natural forces, but despite the science-y sounding name ‘plasm,’ and some of the science-y trappings about its use (copper grips and wires and batteries), it’s just another name for magic.

The main character, Aiah, is pretty well done. A somewhat desperate woman, whose risen as high as an ethnic minority (she is part of a darker skinned immigrant group) can in her ‘metropolis’ (the world is a single city, by the way, so place states are really city-states; also the earth is covered in a silvery shield and no one knows what is beyond, except that long ago, some ‘Ascended’ went up there and presumably locked the rest of folks in). She’s smart and reckless and you do fear for her in her desperation and recklessness. The titular Metropolitan, a sort of king in exile from another metropolis, Constantine, is decently done as a larger than life, charismatic figure. A good guy, but also willing to sacrifice a lot of lives to accomplish nebulous goals. Certainly, his appeal gets across. Also, he’s black, so credit to Williams for making the two main characters people of color and the lead a woman of color.

I enjoyed, but didn’t love it. And I probably won’t read the sequel. If you see it in a used bookstore, go for it, but that’s the most recommendation I’m giving.

On another note, I read this on my Nook app on my phone – mostly while stuck in Bangkok’s snarling, scrotum tightening traffic (I was not driving; there is a whole list of painful and possible fatal thing that I would do before driving in Bangkok, including taking career advice from a box of broken glass that has hated me since I was two and three quarters years old).

While Seattle and Portland buy the most total books on Amazon, DC buys the most print books.

Okay, so read this article about the British poet, JH Prynne. And read Prynne. You might regret it, but you shouldn’t read. I read a lot about him, all of it pretty rhapsodic, but he’s hard to get a hold of. I finally had to order a book of his collected poems from England (not cheap). But it is so worth it. I don’t think I can be sure that I understand I single poem in thick volume, but each one was also impossibly beautiful. So find a way to read him.

Let’s continue on the theme of poetry, by this look back at the second collections of Rae Armantrout and Ye Chun. I’m going to admit here that I’ve never read nor had even previously heard of Ye Chun.

How is it possible to be a progressive, a liberal, a radical while holding to explicitly conservative positions. It’s about priorities. Do you commit to an expansive vision of justice that values everyone? That especially values those who are not valued by society? Or do you focus on positions that circle the wagons? That is how Pope Francis can be a radical while still being conservative on abortion, birth control, and gay marriage.

Online dating in the nineteenth century.

Yes, that was a Monty Python reference, but I’m referring to old fashioned bookstores. Unbelievably, there is a book store in DC that I haven’t yet visited. It’s in Petworth and is called Upshur Street Books.

What? No Shakespeare! Inconceivable! And yes, that’s another movie reference.

This just sounds awesome. How can I get myself invited to one of these ‘Little Salons?’

This is just kind of cool – a collection of short reviews of both books in Ace’s ‘Doubles’ series. I just read one with The Caves of Mars on one side and The Space Mercenaries on the other. However, there is no review of that book(s) on this site. But that’s okay. You are quite literally visiting a site – right now – that reviews both those books. There’s a search feature. Feel free to use it.

I have heard that the Philly poetry scene is pretty cool and happening. It even got mentioned on Gilmore Girls once.

Nothing short of genius will do. Genius… and no sex. Wait… what?

Typewriters I have known.

I volunteer to take charge of the Library of Congress, so feel free to contact me anytime. One hundred percent available for the job.

I actually have read Raymond Williams, a Verso Books publication of The Politics of Modernism, a nice little volume of aesthetics. I would recommend him, too, so, by all means, rediscover him.

A person, a democracy, a nation – all are nothing with the liberal arts. 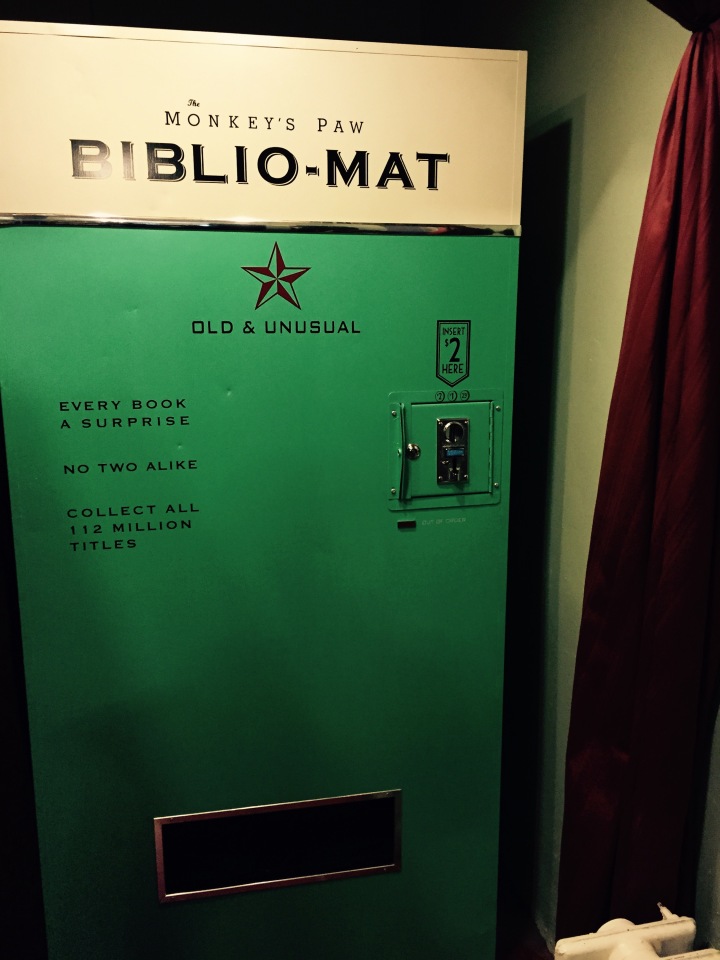 So, while we were in Canada, I got to use the famous Bibliomat, the book vending machine at the Monkey’s Paw bookshop, where you get a random book from the vending machine for only two (Canadian) dollars.

I got a collection of WWII comics from Canada, called Herbie. 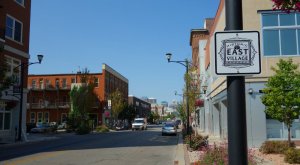 Okay, this list of top twenty hipster cities… first of all, West Des Moines is a somewhat tony suburb of Des Moines and no, it is not hipster. That ratio of cafes to residents must include Starbucks located inside grocery stores. Oddly, the East Des Moines Village, a neighborhood inside Des Moines proper, is actually pretty hipsterific.

Remember when Starbucks was a place to hang out? When it aspired to be a neighborhood coffee place? Now they’re building infrastructure to not just get you out of the door more quickly, but to even keep you out of the store altogether.

I always thought I was sort at the a– end of Generation X, but maybe I’m wrong. But really, I shouldn’t take the word of any blog managed by Chris Cillizza. Anyone else think he’s kind of the love child of David Broder and Thomas Friedman?

The Woodberry Poetry Room is home to many previously unplayable vinyl and acetate pressings of poets reading from their works – which can now be heard!

The poem written but not read.