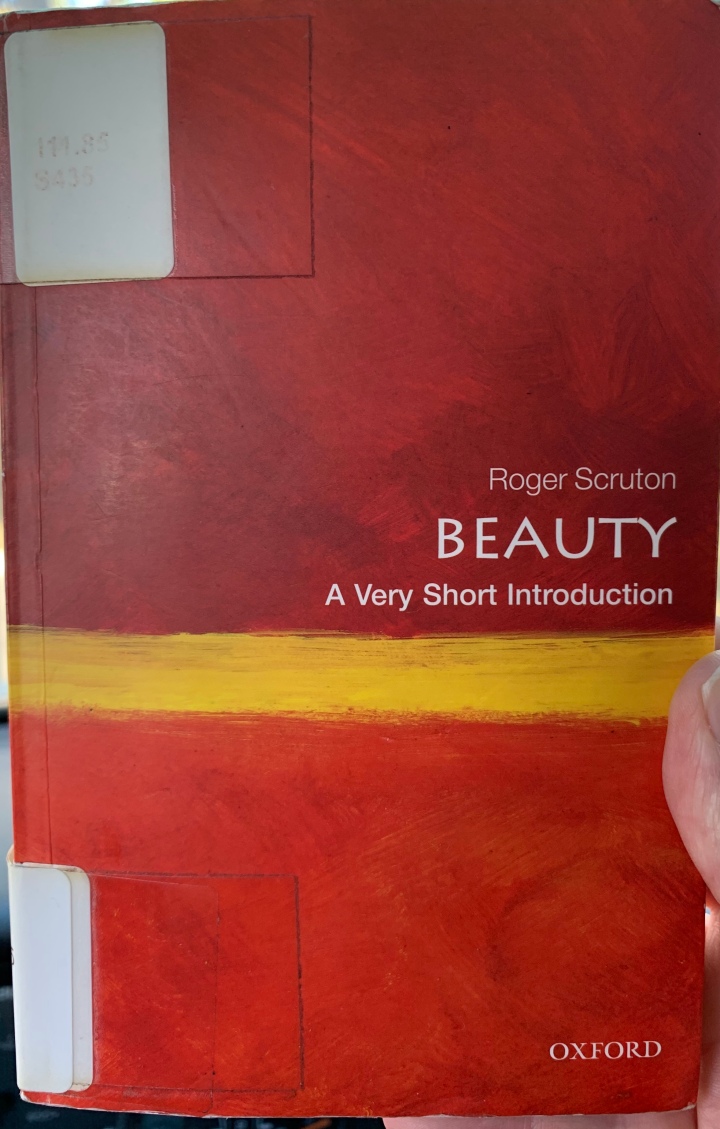 When Roger Scruton died, it seemed well past time to read him. He’s been on my mythical list of authors to read for some time. In the short term, the options at the library were limited to this particular book. Pleasantly, I had to buckle down and finish it because someone else put a hold on it, likely also inspired by reading Abuut his passing.

I was reassured about my own openness to other points of view by reading this. I can appreciate and even find some points of agreement with intelligent, educated, and principled conservatives.

Scruton seems to want to settle on an enlightenment aesthetics. Specifically, the Scottish enlightenment of Smith and Hume. Kant gets plenty of love, but those two Scotch thinkers are his constant reference points. Unsurprisingly, art of the classical period to the eighteenth century seen to represent his idea of the best which artistic endeavor has to offer.

One thought on “‘Beauty: A Very Short Introduction’ By Roger Scruton”