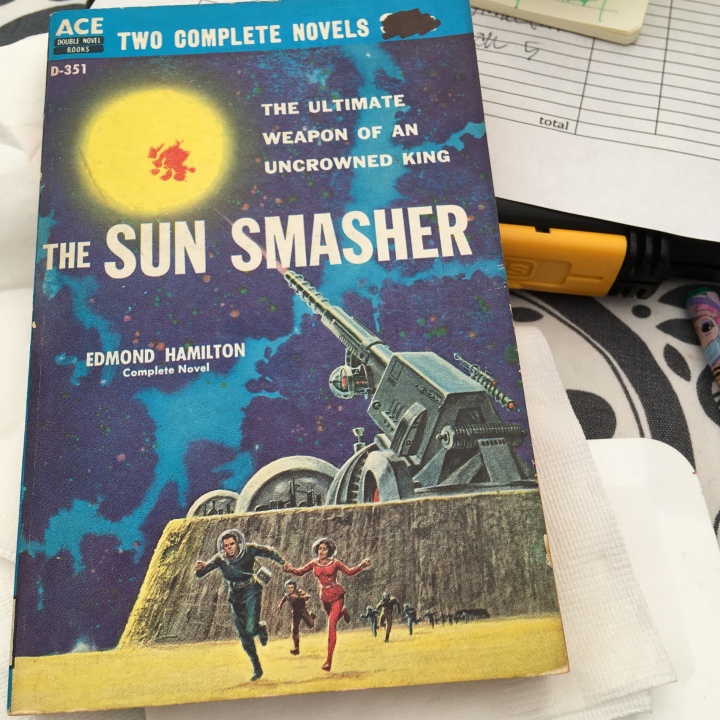 Edmond Hamilton’s The Sun Smasher is a surprisingly slow paced (but not boring nor lacking in excitement) novel for something barely one hundred pages. A man on earth is told his life is a lie and he’s actually the brainwashed heir to an old empire. Swift, but not blunt hints are dropped that maybe that old empire wasn’t so great. An apocalyptic weapon too powerful to ever use. Oh, and giant psychic spiders.

Ivar Jorgensen’s Starhaven isn’t as good and is also something like 25% longer. Some interesting ideas (also involving, like its companion volume, brain wipes and implanted false memories), but a little disappointing after the more traditionally exciting Sun Smasher. Somehow, he made a rogue planet of criminals living in a social Darwinist paradise kind of meh.