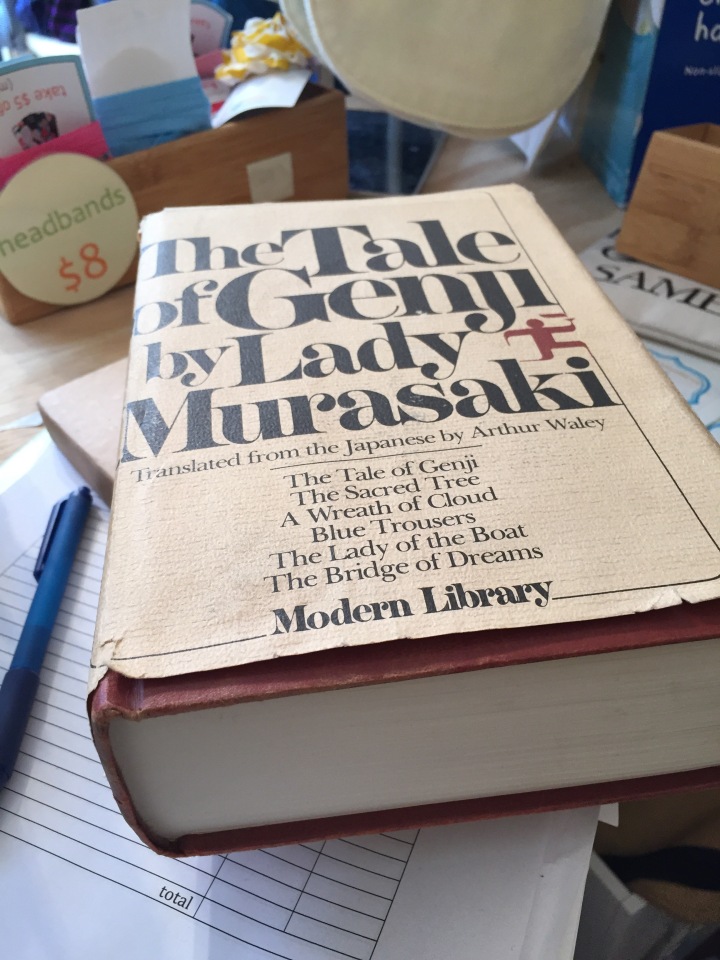 So technically, I haven’t finished the entire volume, merely the first of the five books that make up the Tale.

I don’t know when I first learned about Genji. Certainly, it’s been decades since I deciding I needed to read it. But I’m alittle disappointed. Is that odd? Not to say I’m not loving it, but it’s paling in comparison to other ‘great’ books (in both size and cultural cachet) I’ve read over the last few years.

Partly it’s that Genji himself is such a shallow cipher. While the narrator of Remembrance of Things Past is often the least interesting person in the room, he’s always, nonetheless, a figure of psychological interest, whereas Genji lacks most introspection. Or maybe I’m just jealous at how easily he seduces women?