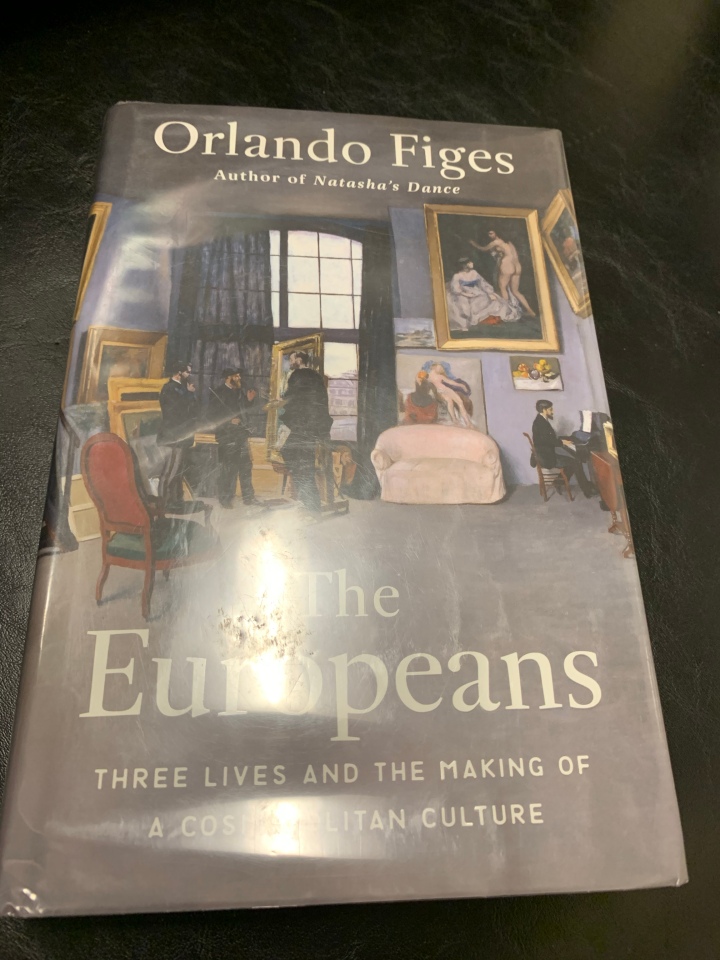 This is the sort of book that seemed like it should be right up my alley. After all, the three lives were a writer I enjoy, an opera singer, and an art connoisseur. But it nonetheless failed to properly grip me.

It was, dare I say, too bourgeois?

And the implied premise is that these three characters are deeply interesting, as well as being useful exemplars of Europe’s growing cosmopolitanism in the nineteenth century. And they are (I believe) interesting figures (well, the writer and the singer definitely are), but more than sixty pages in, I had learned about the connection between the rise of railways and mass market literature and about how fear of buying forgeries led the nouveau riche to invest in (then) contemporary art, among other interesting things, but had not gotten anything close to an idea about the central figures (well, except perhaps for the connoisseur, Louis Viardot, whose primary personality traits are deeply positive in a partner, but maybe not engrossing reading; traits like patience, tolerance, and staidness).

I did, eventually, get a better idea of the three central figures but the premise… I don’t know. I feel that Baden-Baden would have been awesome in the 1860s (did you know they had a public building called the Conversation House [only, they naturally used the German]?), but the epilogue went on to suggest that, actually, their time (the mid nineteenth century) was less truly European and cosmopolitan than the early twentieth century.

So, should you read it? I guess. It’s interesting in many ways, but at the same time, never has a ménage a trois seemed so boring.