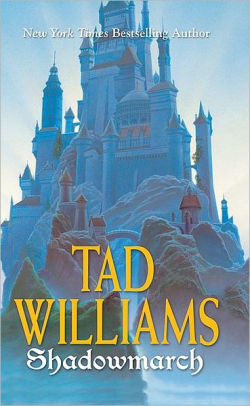 I recently finished Williams’ Memory, Sorrow and Thorn series and this book (the first of four in a new series) is both better and worse than the earlier series. Better in that Williams has a better handle on how to manage the plots and characters, making it seem less sprawling than it really is. What is, in truth, place setting for future volumes, feels more organic. It also feels more mature, in a sense. The political scenery feels more realistically entangled.

There is, however, nothing so wonderful as the lengthy opening of The Dragonbone Chair, which lets you immerse in the quotidian life of the future hero as a lazy kitchen helper, as well as get solid glimpses of the forthcoming plot through his eyes, in part.

I will definitely keep reading, though I won’t rush out and get the second volume right now.